It’s been 5 days in this southern state and let me just say that the peace and quiet is doing wonders for my information-overloaded LA brain. Aside from trying gator tail, buying backyard moonshine and visiting the Grand Ole Opry, here are a few activities bringing out the Tennesseean in me…

I have been very lucky to be staying with family in Mt. Juliet, a small town known as “the city between the lakes” in middle Tennessee. Surrounding me are endless rolling hills, roaming horses and peaceful lakes straight out of a Folger’s coffee commercial.

My first night proved successful as we walked the infamous Broadway St. strip in downtown Nashville. Here is where I got a taste of some authentic bbq at Jack’s and lively southern tunes and moonshine at just about every bar we visited.

The weather was perfect when we took a visit to Cheekwood. This was a great way to spend my first full day in Tennessee. With endless trees and countless shades of green everywhere I looked, the grounds oozed southern beauty. I would definitely pencil Cheekwood into your Tennessee to-do list.

A photo op is a must!

Pack a bikini and a picnic (and maybe some moonshine) and prepare to let your worries dissipate as you relax to the soothing sounds of the falls.

This was the first plantation I had yet to visit and it left quite an impression on me. The house boasted its share of both beauty and darkness. Having served as an impromptu Civil War field hospital, the house was filled with blood stains on the floor left behind from dying soldiers. Creepy!

While I may be all smiles outside the plantation below, during the tour I had my own eerie experience while inside one of the “surgery rooms.” I began to feel nauseous and light-headed, to the point where I had to sit for a minute. I didn’t attribute it to anything until later when I overheard a woman mentioning similar symptoms she experienced.

Weirdly enough, she too felt them in the surgery room. Later, I found out that feeling sick is not uncommon inside the house. It is said that spirits of soldiers are also commonly seen in the nearby cemetery. Ghost hunter or not… take the tour!

Til next time, Tennessee… 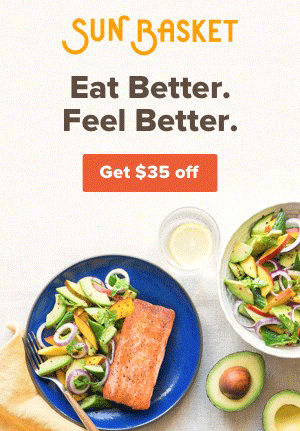 Welcome! My name is Tasha - I spend my days between sunny OC and the hustle and bustle of Los Angeles. I have a B.A. in Journalism & English but found my niche doing freelance consulting + helping brands with marketing, content creation and branding. Here you will find all the health hacks, wellness tips, clean beauty rec's and DIY's keeping me happy, healthy and inspired! I love my pomsky Phoenix, hiking, reading the latest health and wellness buzz and of course, patios!